Burning the Qur’an Requires Moving Armies, Not Statements of Denunciation and Condemnation!

"Best of Nations has been brought to Mankind"

As part of the global events launched by Hizb ut Tahrir on the occasion of the Hijri anniversary (28 Rajab Muharram) to eliminate the state of Islam (the state of the Caliphate) to remind Muslims of what the colonizer colonized the destruction of their state (caliphate) established by the Messenger of Allah peace be upon him and his companions, Hizb ut Tahrir / Belgium organized a political seminar in Liège entitled,

"Best of Nations has been brought to Mankind"

The seminar began with the recitation of verses from the Holy Quran with a hall filled with distinguished guests, followed by the speech of Brother Muhammad Yassin, "Need for Humanity to the Revelation" and how the Ummah believes in this revelation and can lead with the correct revival.

The second speech was delivered by a guest from Turkey, Sheikh  Abdullah Imam Oglu, "How to liberate the Islamic Ummah from colonialism & return it to the best nation." He stressed on the importance to work to resume the Islamic way of life by establishing Khilafah and how this will restore our dignity and raise our status. He concluded his talk with examples with its history of the Khilafah. 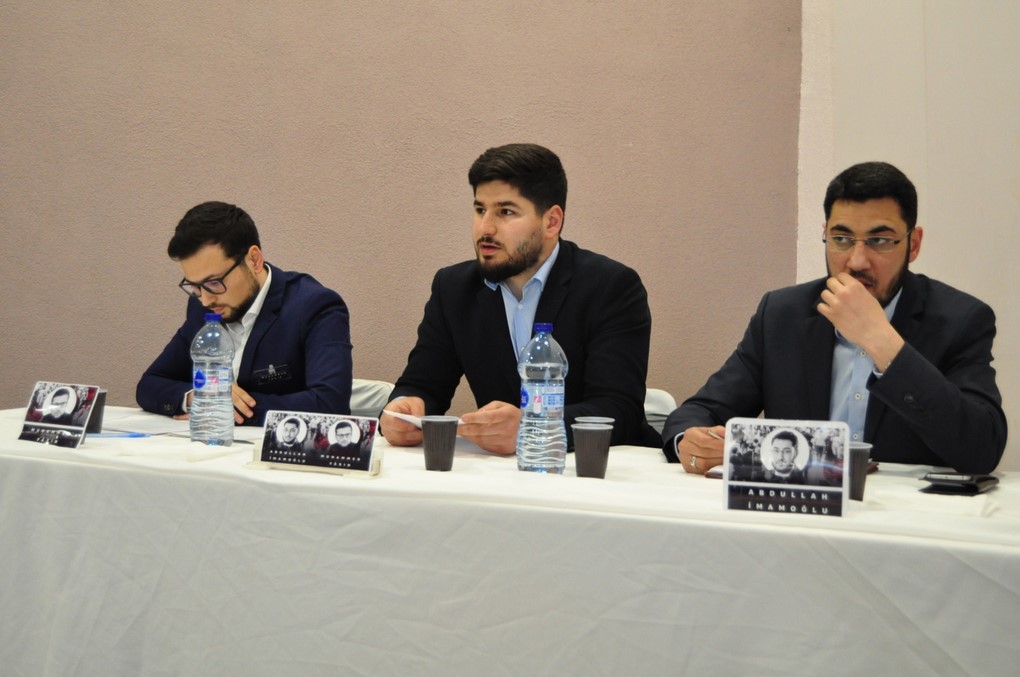 View the embedded image gallery online at:
https://www.hizb-uttahrir.info/en/index.php/dawah/belgium/17295.html#sigProId4244ea0256
More in this category: « Belgium Delegation to the Embassy of Pakistan Support for kidnapped sisters