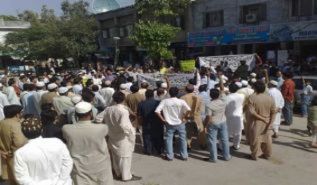 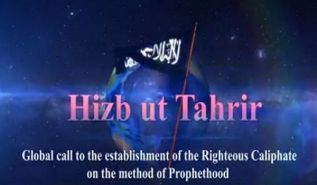 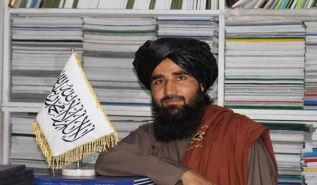 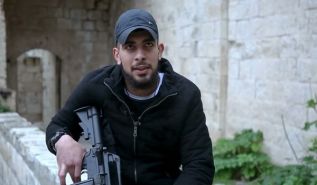 Press Release
Adopting Gold and Silver as the Basis of the Khilafah’s Currency is a Shariah Ruling, Which Will Bring Price Stability and End the Menace of Rampant Inflation

In a positive development, a debate has erupted over Islam’s ruling regarding adopting gold and silver as currency of the Khilafah, as a solution to the high inflation, which the Muslims of Pakistan face today. The debate has spread from those who advocate Islam, in support of gold and silver currency, to include those who advocate capitalism and communism, in support of fiat paper money. We wish to make the following points to address some of the confusions, regarding the bi-metallic currency system, which the soon to arrive, inshaa Allah, Khilafah state will implement.

1. It is capitalism and fiat currency that has exposed the world to the misery of the business cycle’s booms and busts. The Great Depression (1929-1939) was not because of the gold standard. Overproduction due to the market’s failure to allocate resources efficiently, international tariffs, speculative trading in stock markets, fractional reserve banking and the US government’s misguided conviction of minimum government intervention in markets, all capitalist principles, caused the Great Depression. It was not the gold standard, but high taxation and a volatile financial and banking sector, which prolonged the Great Depression.

2. Inflation has been a permanent feature of both the capitalist and communist economy, due to fiat currency. Unlike Islamic gold and silver currency, fiat paper money constantly loses its purchasing power, as governments print more money to finance ever growing interest-based debt. 67 years after the US abolished the gold standard for its dollar in 1934, the Consumer Price Index for inflation has shot up by 625%. However, in the 67 years before 1934, the CPI increased only 10%. What has been seen with the American dollar, has also been seen with the Russian ruble and Chinese yuan, both before and after the collapse of communism.

3. As fiat currency has lost strength, inflation has soared, whilst gold and silver have retained their intrinsic value. Between 1771-1971, the gold price was stable, at between $20 and $35 per ounce. Since Nixon disconnected the dollar from gold entirely in 1971, the price of gold has climbed to nearly $1,800 per ounce, in November 2021. Silver price has also strengthened, as fiat currencies constantly have weakened.

4. As for the claim that fiat currency is the perfect tool to moderate price volatility, in fact fiat currency is itself the cause of price instability, in the first place. So advocating the disease as the cure is a serious error and must be rejected.

5. There is certainly enough gold and silver to support the real economy, agriculture and industry in the Muslim World. Moreover, Islam’s currency is not just based on gold, it is a bimetallic currency that includes silver. Silver boosts money supply, when gold is scarce. With the exchange rate between silver and gold being determined by their supply in the market, gold acts as an anchor, whilst the supply of silver can increase, to accommodate increases in production of goods and services, thereby keeping prices stable.

6. Islam abolishes the parasite economy that places a huge pressure for monetary expansion. Islam forbids interest (riba), interest based loans, fractional reserve banking and capital markets, including stock markets and derivatives markets, which collectively dwarf the real economy, in terms of volume of money. Again, there is more than enough gold and silver available in the Muslim World to support the real economy like agricultural production, manufacturing and domestic and international trade.

7. Maintaining gold and silver reserves in the face of import needs is practical for the Khilafah. The gold and silver in the Islamic countries, which is accumulated in the banks and the treasuries, is sufficient to enable the Khilafah to return to the bi-metallic currency. This is in addition to the large holdings held privately, by households in the Muslim World. Islamic countries have all the raw materials required by the Ummah. This makes the lands of Muslims in little or no need of the goods of other lands. Thus, the Khilafah State would be sufficient in its local goods, instead of importing foreign goods. This will reduce the flight of gold and silver abroad and keep it within the state.

9. After all the measures the Khilafah will undertake to boost gold and silver, any residual deflation in the economy can be managed by the Khilafah, through stimulating investment in capital intensive industry. With the abolition of the riba based financial and banking sector, along with capital markets and the various financial products traded in these markets, all of the capital invested in the financial sector is directed for investment in the real economy, resulting in the increase of production. Whilst deflation is a challenge for businesses where wages, rents and contracts are expected to rise, or remain the same, due to inflationary expectations, the bi-metallic currency, with its intrinsic value, shifts business expectations to the inherent buying power of the currency. Hence, wages, rent and contracts can be renegotiated, in temporary deflationary scenarios, induced by the reduction in the supply of gold and silver.

10. The Khilafah alone can end US hegemony, which the communist state failed to do, before its collapse. Returning to the system of gold and silver restores stability, and ends the monetary hegemony of one state over and above all others. Indeed, one of the factors behind the current wave of inflation is that the US Federal Reserve increased interest rates, which strengthened the dollar against currencies around the world, unleashing currency crisis around the world. By adopting gold and silver in both international and domestic trade, the Khilafah will end the destructive dollar dependency.

O Muslims of Pakistan! The intense discussion about Islam’s rulings regarding our affairs is in itself evidence of the imminent arrival of our state, the Khilafah (Caliphate) on the Method of Prophethood. Strive for the restoration of ruling by all that Allah (swt) has revealed and earn success in the Dunya and the Akhirah. Allah (swt) said,

(أَلَا يَعْلَمُ مَنْ خَلَقَ وَهُوَ اللَّطِيفُ الْخَبِيرُ) “Does He who created not know, while He is the Subtle, the Acquainted?” [TMQ Surah Al-Mulk 67:14].

More in this category: « The Khilafah Alone Can Provide Relief from Inflation, through Issuing Gold and Silver Currency Major (Rtd) Khalid Butt, may Allah (swt) have mercy on him, is an Example to all Military Officers of the Required Strong Stance in the Service of Allah (swt) »