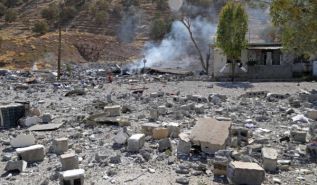 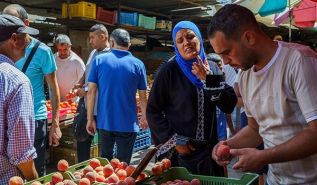 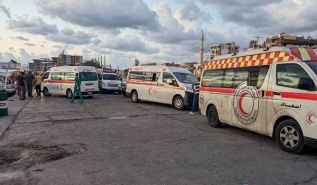 Among the believers are men who have proven true to what they pledged to Allah. Some of them have fulfilled their pledge ˹with their lives˺, others are waiting ˹their turn˺. They have never changed ˹their commitment˺ in the least. [33:23]

Abdul Aziz Mohammadi who was a key member of Hizb ut Tahrir / Wilayah Afghanistan in Ghazni province, has been martyred by unknown gunmen on Tuesday night. He was heinously tortured and brutally shot in the eyes with his hands, feet and eyes tied when he was headed to his house from a Dawah program.

Hizb ut Tahrir / Wilayah Afghanistan sees this savagery and unlawful brutality as a mysterious act of terror and assassination, and declares that protecting the lives of Muslims is one of the essential obligations of an Islamic government which shall be ensured by implementing Islam. Hence, this is an obligation of Islamic government to protect the lives, wealth, honor and sanctities of the Muslims by implementing the Islamic system, freeing itself from the burden of the responsibilities in this life and in the Hereafter. Anyways, the believers [Mumineen] have a covenant with their Lord to sacrifice their lives and wealth and their loved ones for the sake of Allah (swt) and on the path of Islam, facilitating ways for its global dominance. Hizb ut Tahrir, in its 70 years of political and intellectual struggle, has proved that it has firm belief in its goal (Establishing Khilafah Rashidah (rightly guided Caliphate) State) by carrying political and intellectual struggle as no barriers and shackles nor any kind of torture and act of terror could shake off and mislead its belief, nor would it do so in the future. (In Sha Allah)

Abdul Aziz was one of sincere and active Dawah carriers who dedicated his life by struggling tirelessly for the revival of Islamic way of life through establishment of Khilafah state. He stayed loyal to his covenant with Allah (swt).

The Media Office of Hizb ut Tahrir in Wilayah Afghanistan expresses its condolences to all Hizb ut Tahrir members, Muslim fighters and all Muslims with regards to this tragic incident. We pray that Allah (swt) accepts his martyrdom, and gives patience and reward to his family and relatives, and humiliate his murderers in a disgraceful way.

More in this category: « US-Afghan Consultative Mechanism; A Different Western Approach for Cultural and Intelligence Invasion! The Martyrdom of Mowlavi Ansari is the Continuation of Mysterious Assassinations of Intelligence Networks! »