Hundreds of Scholars affirmed their support of the Khilafah

More than Hundred of Sunni Muslim Scholars attended the Commemoration of the birth of the ProphetMuhammad (saw) in Islamic Boarding School Al Muntaha Madura, Indonesia, One Vision to Continue the Khilafah System

The Rabiul Awwal Month was the birth of the Great Prophet Muhammad (saw). For expressing the gratitude and love of the Muslims to the Prophet in the month of Rabii’ ul Awwal held a commemoration on Sunday, November 17, 2019, coincided with 20 Rabiul Awwal 1441 Hijri at Al Muntaha Islamic Boarding School, Bangkalan, Madura, Indonesia, which cared by Islamic Scholars Al Hajj Muhammad Toha Cholili.

More than 700 participants, consisting of clerics (scholars), Islamic boarding school leader representative from all over Indonesia, our beloved Preachers (ustad), were present at the haflah (commemoration) of the birth of the Prophet (saw).

Among the Sunni Muslim Scholars who attended were:

The scholars have a vision of the struggle to continue the legacy of the Prophet’s Islamic State in the form of the Khilafah system. This is a manifestation of the love of the scholars to the Prophet (saw) and his Seerah. They really want to apply life with the methodology of the Prophet in a complete approach. 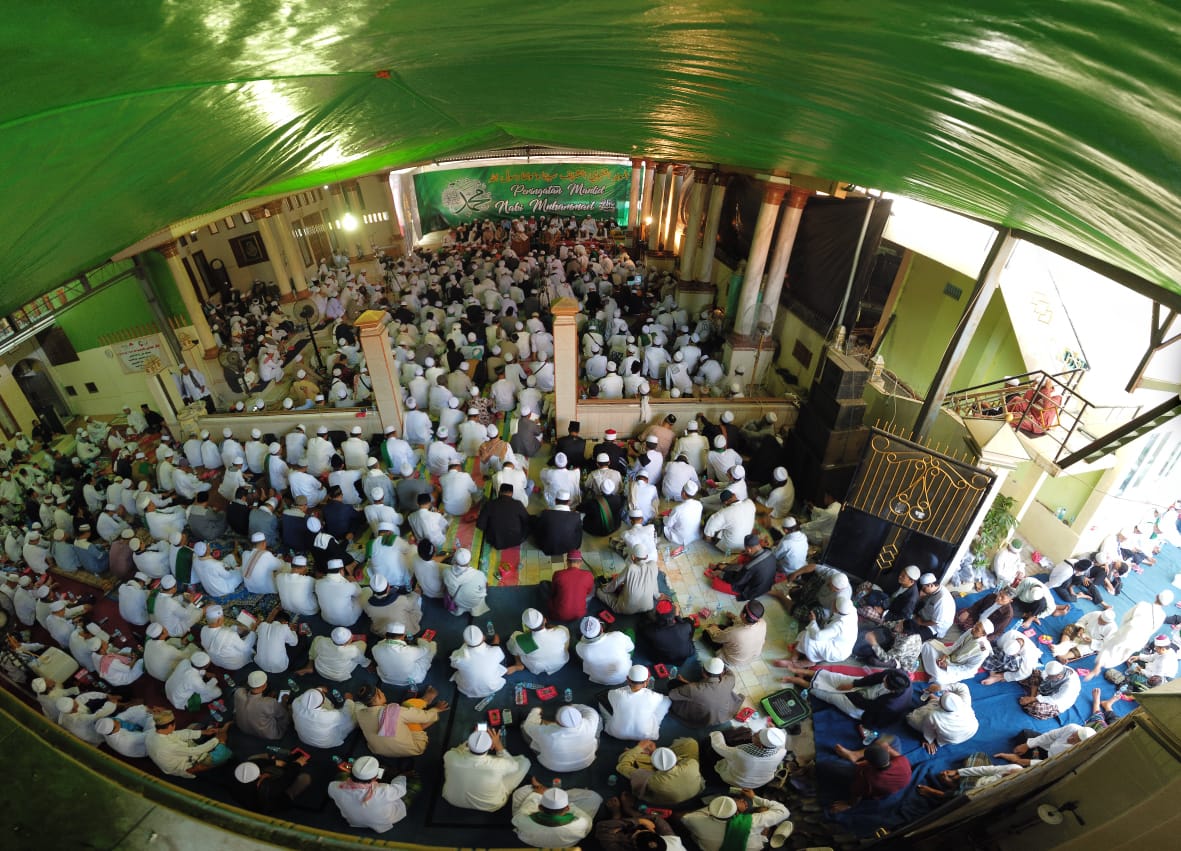 View the embedded image gallery online at:
http://www.hizb-uttahrir.info/en/index.php/dawah/indonesia/18489.html#sigProId972d796a97
More in this category: « Media Umat Tabloid Discussion: The Future of the Ummah in the Next Five Years, Indonesia is More Gloomy Indonesia Activities Organized during the Global Campaign, Conquest of Constantinople Glad Tiding was Achieved... to be Followed by Glad Tidings! »