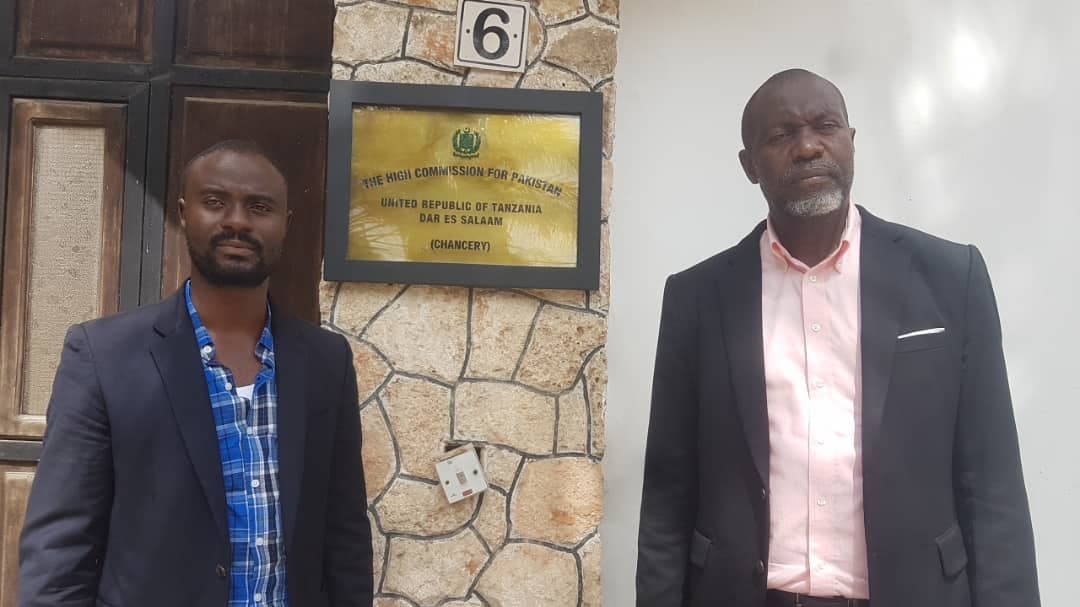 Following the ongoing global campaign regarding the abduction of Naveed Butt, spokesman for Hizb ut Tahrir in Wilayah Pakistan who was abducted by the Pakistani intelligence agency more than 9 years ago.

Yesterday, 29 June 2021, Hizb ut Tahrir / Tanzania sent a delegation headed by Masoud Msellem, Media Representative of Hizb ut Tahrir / Tanzania, accompanied with Said Bitomwa, member of Media Office to Pakistan High Commission at Dar es-Salaam to deliver Hizb ut Tahrir’s official statement entitled: “A Call to End the Forced Disappearance of Naveed Butt in Pakistan” that demands the immediate release of the arbitrarily and criminally abducted engineer, Naveed Butt who was abducted on 11th of May 2012 in broad daylight in the presence of his children. Up until today his family remains in the dark as to where he is held.

The delegation met with Mr. Azam Bihan, a deputy High Commissioner, spoke with him on issue of Naveed’s abduction and demanded an end of his forced disappearance. Whereby Mr. Bihan’s response was that as Pakistani representative in Tanzania, he has received the delegation’s message and will deliver it to his government, should he receive any response on the issue, he would contact the delegation via their contacts.

It is high time for all sincere members within the Pakistani authorities and all other channels of influence to take their responsibility by exposing this shameful issue and stand firm with Islam and justice; against the oppression and injustice of the thuggish and puppet rulers and their Western masters and to release Naveed Butt to his family after years of pain and confinement.

More in this category: « BUDGET IN DEMOCRACY IS ABURDEN TO POOR AND WEAK Tanzania 60 Years of Independence Still with Power and Water Rationing »